Discovering the roots of our hotel’s history was an adventure. Although we know it dates back at least 500 years in some form, in at least one historical reference it’s described as a grand villa from the beginning of the 18th century—the family residence of the Mrduljaš family, whose owner was called Babo, which is how the street got its name.

As you walk up Solurat street from the waterfront Riva promenade, Babina is the first street on your right, and it has a fascinating entrance—a balaton or a balatory.

A balaton is an arched stone frame with a small terrace and staircase built into the exterior outside wall over the main ground floor entrance. With no interior stairway in many small stone houses, it’s a simply a way for residents and visitors to get into the upstairs floor (in America this would be the second floor, but here in Croatia it is the first floor above the ground, entrance floor).

The villa has 3 floors with an unusally high ground floor, because 300 years ago it was used as both a stable for horses and a tavern which was typical for noble families. Imagine our delight when we found the remains of an iron hitching tie for the horses!

The many architectural details from this period includes a hand-cut stone staircase—rare in houses of the day—which clearly lets any visitor know that this is a villa of a wealthy citizen—as well as large, elegant flowing brick and stone arches. Babina street and the surrounding alleys during this time were much closer to the sea. Since the sea level was not the same as today, the Adriatic sea was just 10 meters away!

The whole area was alive with net repair shops, fish processing huts and everything to do with the sea. 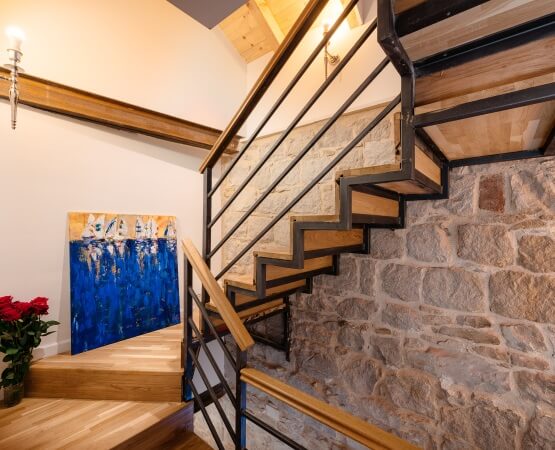 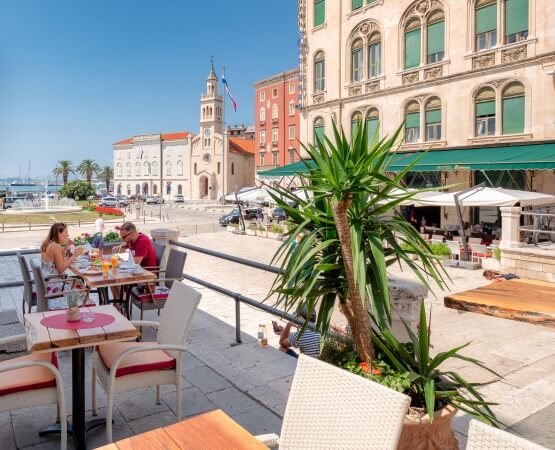 Back then, Split didn’t have the benefit of the discovery of AC electricity by the famous Croatian inventor Nikola Tesla, so locals here whether noble or just hard working fishermen, had to use different methods of conserving their food. This is why fish and many other foodstuffs were well salted and air dried—especiall during the blustery bura (a dry cool wind from the north). After that, dried food would be stored in the barrel and pressed with stones to preserve it until it was needed.

The villa still has its original sunbathing terrace overlooking one of the largest Mediterranean gardens in the neighborhood–a green oasis in the middle of the city’s bustle and noise.

Book you stay today in our Heritage Hotel Agava - Split:

Reviews of our guests

“Magical start to our anniversary trip through Croatia” – Christina, USA

NOTE: These settings will only apply to the browser and device you are currently using.